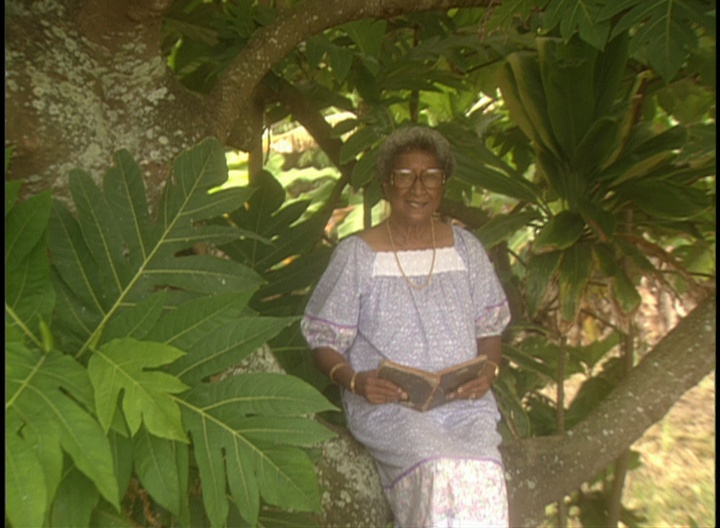 Hawai'i is the only state in America that has named two official languages (Hawaiian and English). Additionally, “Pidgin” is widely spoken, which is actually a creole influenced by many different languages, including Hawaiian, English, Portuguese, Cantonese, Japanese, Filipino, and Korean. This theme highlights our resources about and in the Hawaiian and Pidgin languages.

Unedited footage from the shooting of the first of the Hawaiian Language Segments with Kaipo Hale, segments that appeared throughout the Enduring...

Unedited footage from the shooting of the second of the Hawaiian Language Segments with Kaipo Hale, instructional segments that appeared throughout...

Unedited footage from the shooting of the third of the Hawaiian Language Segments with Kaipo Hale, instructional segments that appeared throughout...

This title includes segments to be used in the 8th Enduring Pride Episode. There are two segments on Hawaiian Language, one with Kaipo Hale, and...

Hawaiian Survival and the Sea with Uncle Les Kuloloio

Les Kuloloio teaches the practice of gathering ocean resources along the coastline of Maui. Kuloloio demonstrates how to locate, harvest and...

Panel discusses the conflict between the United Public Workers and the teamsters, the protest against Kaiser's desire for development at Sandy...

Interview with Larry Kimura, host of the radio program Ka Leo Hawaiʻi. Includes discussion of the radio show, and the perpetuation of Hawaiian...